St. Eustatius is part of The Netherlands. It is one of three Caribbean Public Entities (Special Municipality) in the Caribbean. The other two Public Entities are Saba and Bonaire. These 3 islands are commonly referred to as the BES Islands (Bonaire, St Eustatius and Saba).

The main democratic body of the BES islands is the individual island’s own Island Council. In normal times, the executive power of the Public Entity of St. Eustatius rests with the Island Council, which is headed by an Island Governor.

The Dutch government decided to immediately adopt the submitted motion because the Island Council, the Executive Council and the Governor were not performing their tasks effectively. The goal was, and continues to be, to stabilize and normalize the administrative bodies on the island and to restore full democracy. It is proposed that elections be held by 2021 at the latest. At that point, a new Island Council will be elected.

The current Government Commissioner, Marnix van Rij, will govern the island until the administration of St. Eustatius has been deemed ready for self-governance.

Law Restoration of the provisions unanimously passed in the Senate 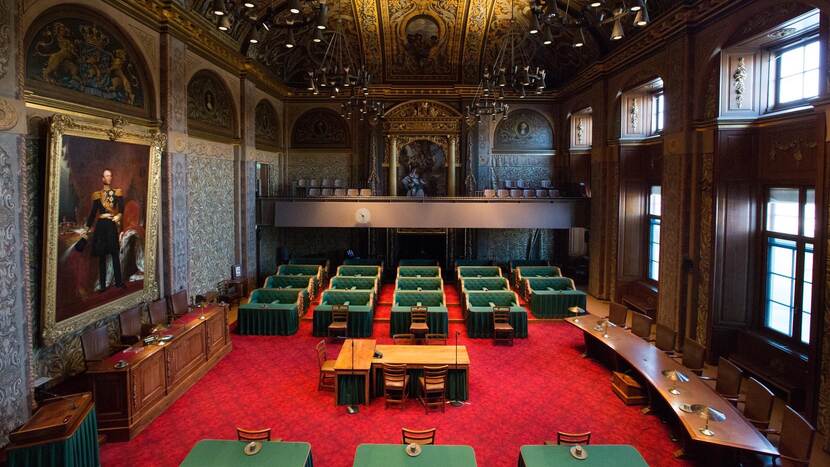 Legal Affairs of the Public Entity of St. Eustatius has been working on renewing and replacing ordinances for the last two years. ...

Statia Court of Audit sworn in

As of Thursday May 14th, 2020, an independent Court of Audit has become operational on St. Eustatius. Mr. Paul Hofstra and Mr. ...

Bill concerning reinstatement of provisions for the administration of St. Eustatius

This bill is intended to extend the administrative intervention on St. Eustatius and to gradually phase out the current ...